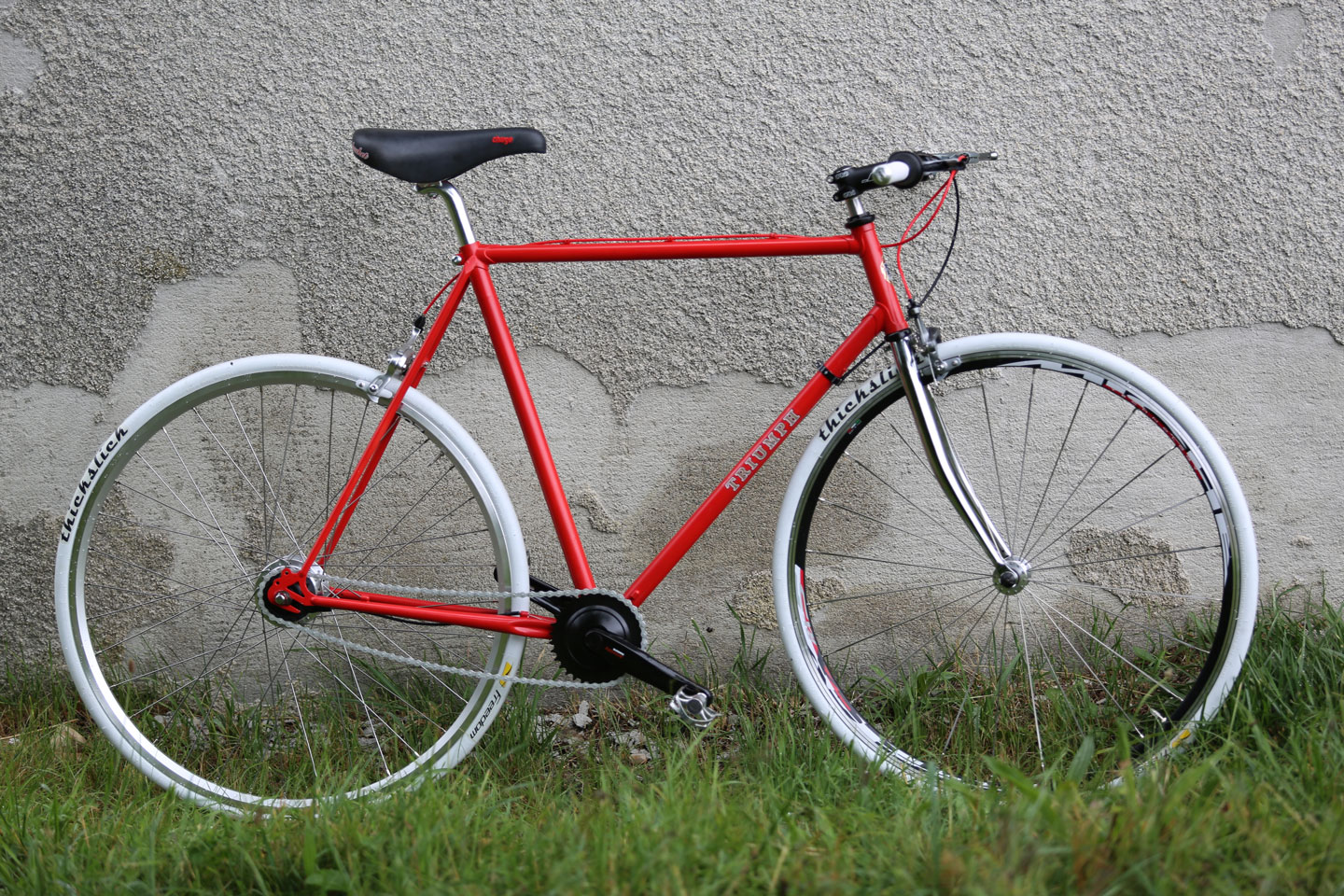 This Triumph bicycle came to us with half the decals missing and a paint job in much need of replacing. <br> After sourcing some hard to come by new decals we set about turning this into a bicycle that anyone could use. <br> This in itself was a challenge as the bike was very unconventional in measurements and in the end we decided that the best thing to do with this was to turn it in a hub gears bike with flat bar.<br> The gears work smoothly and should allow this to be a great town bike for someone. 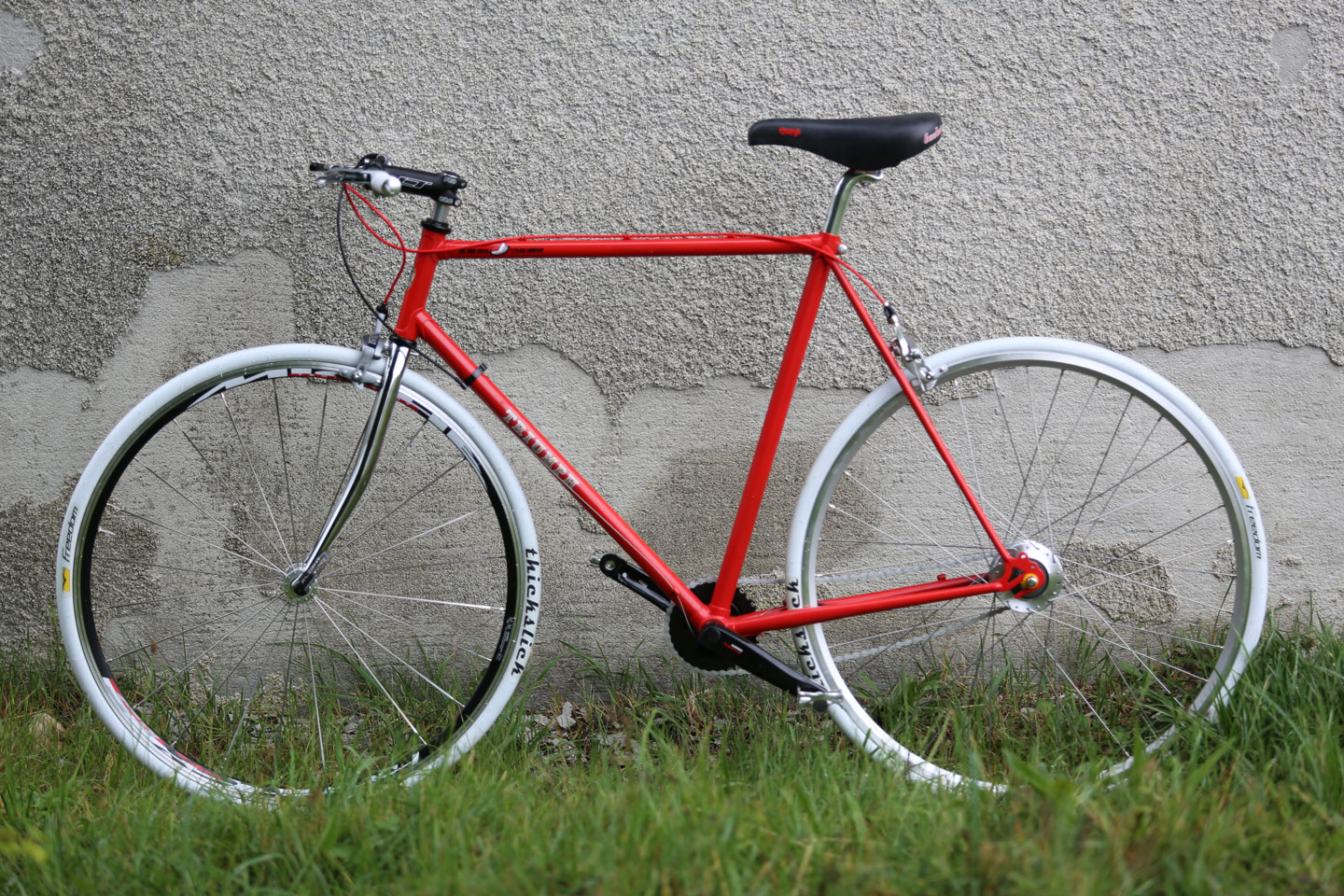 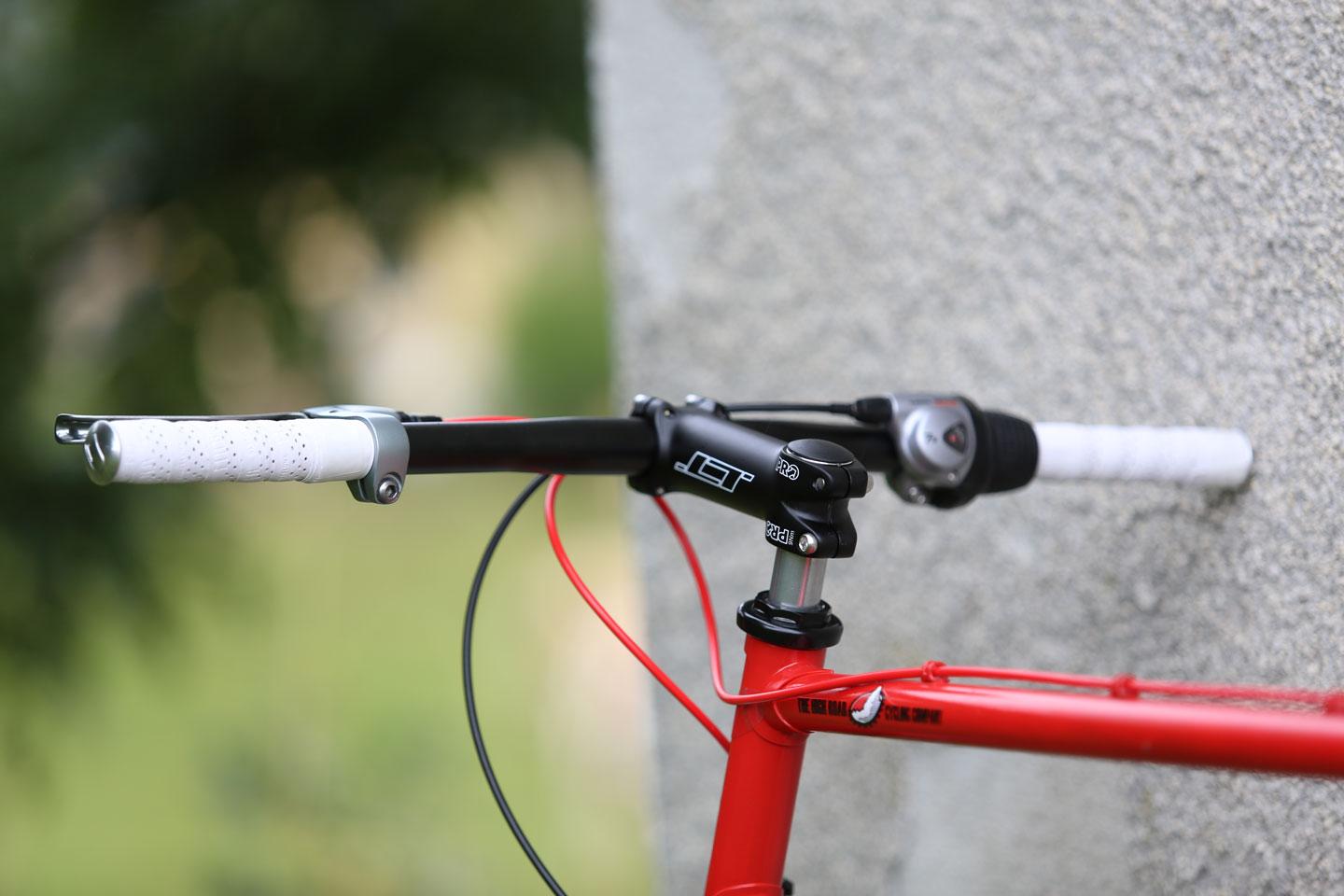 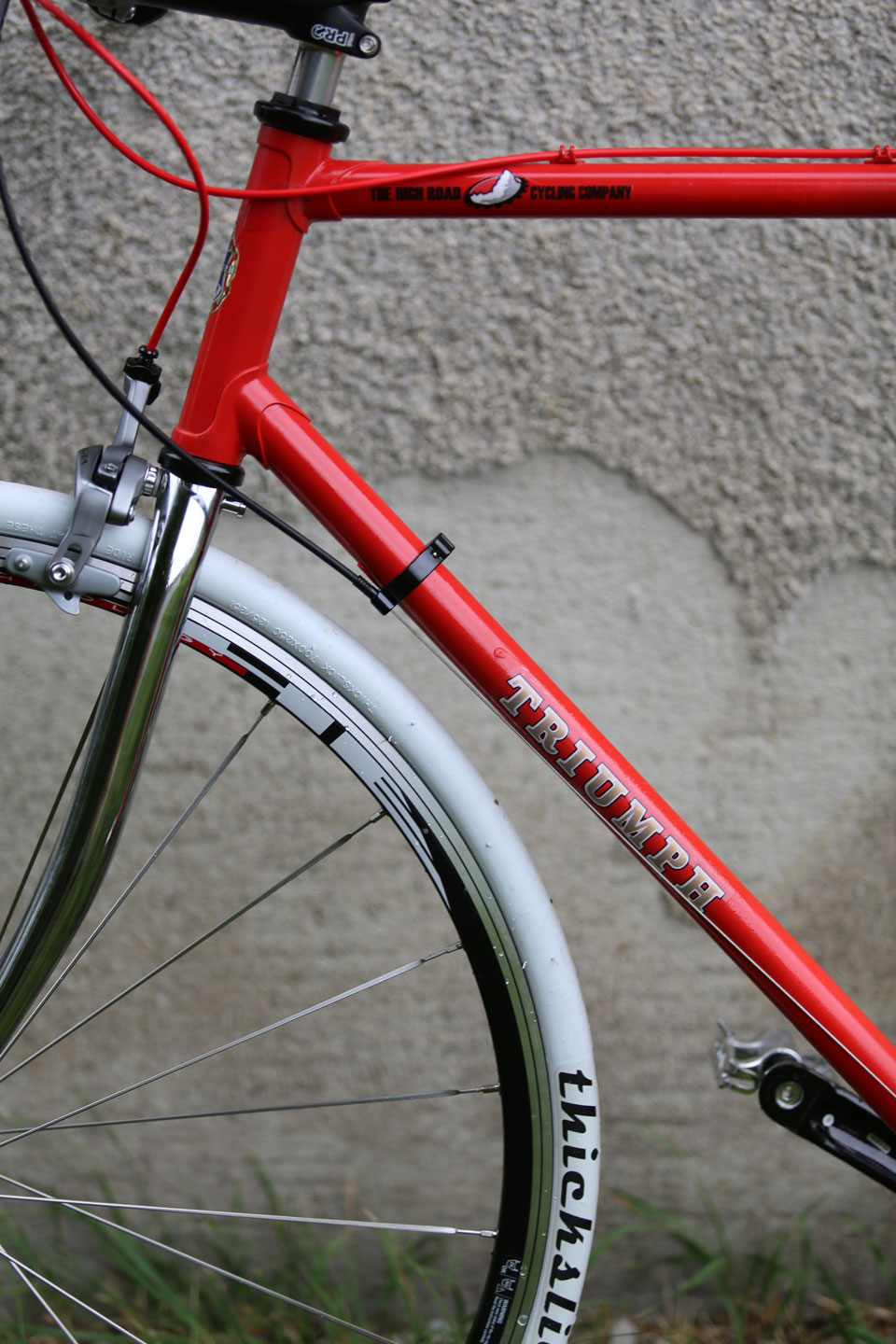 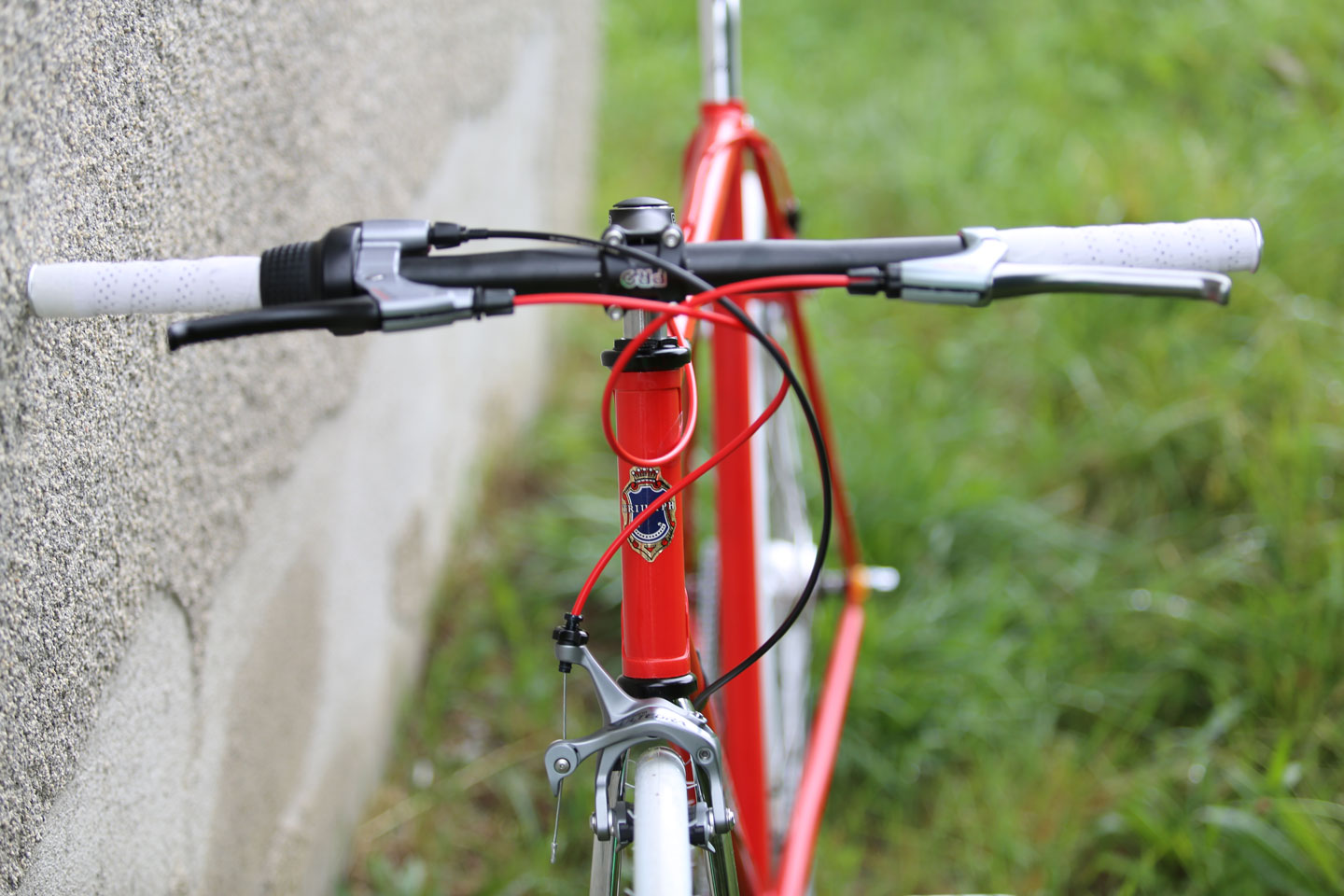 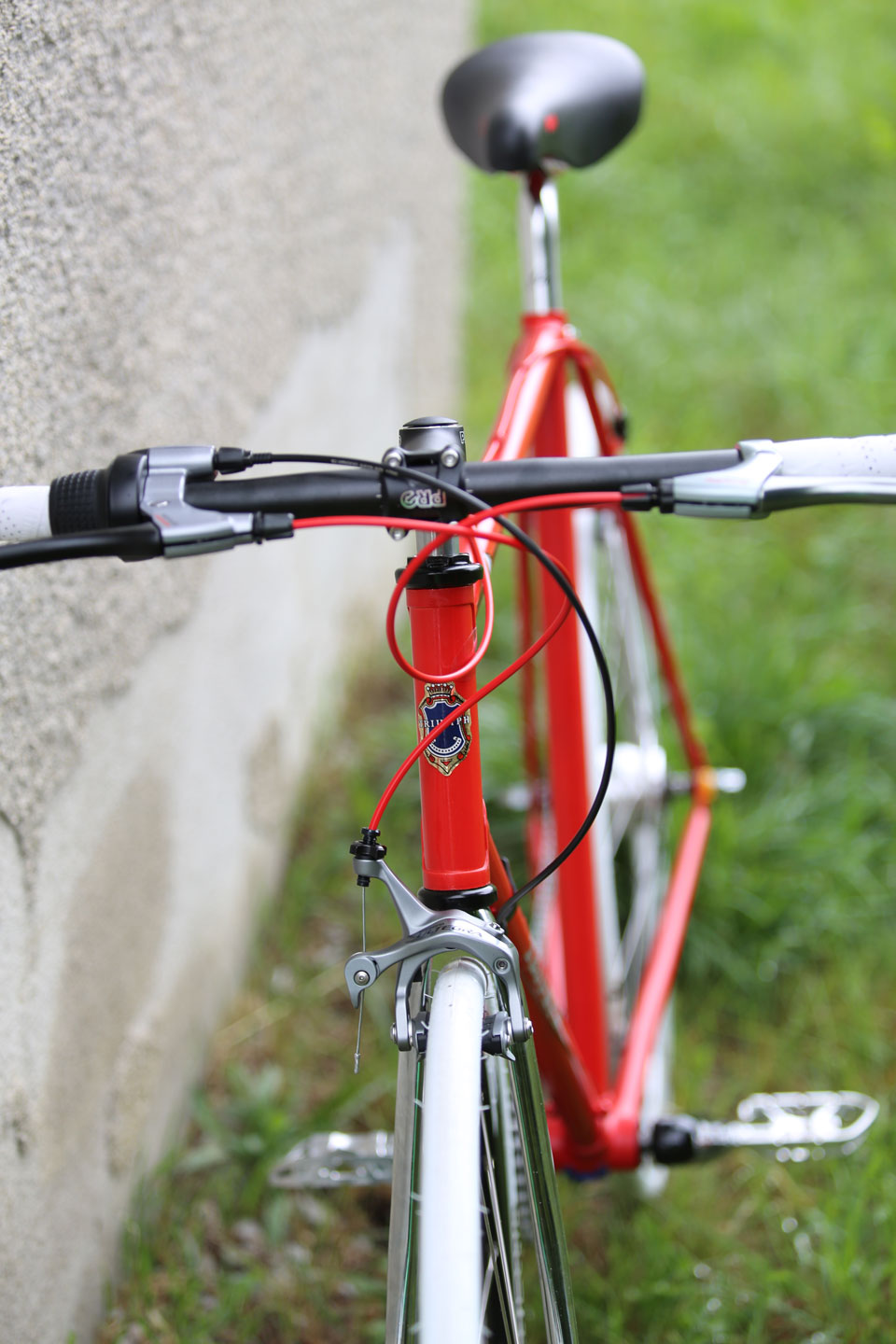 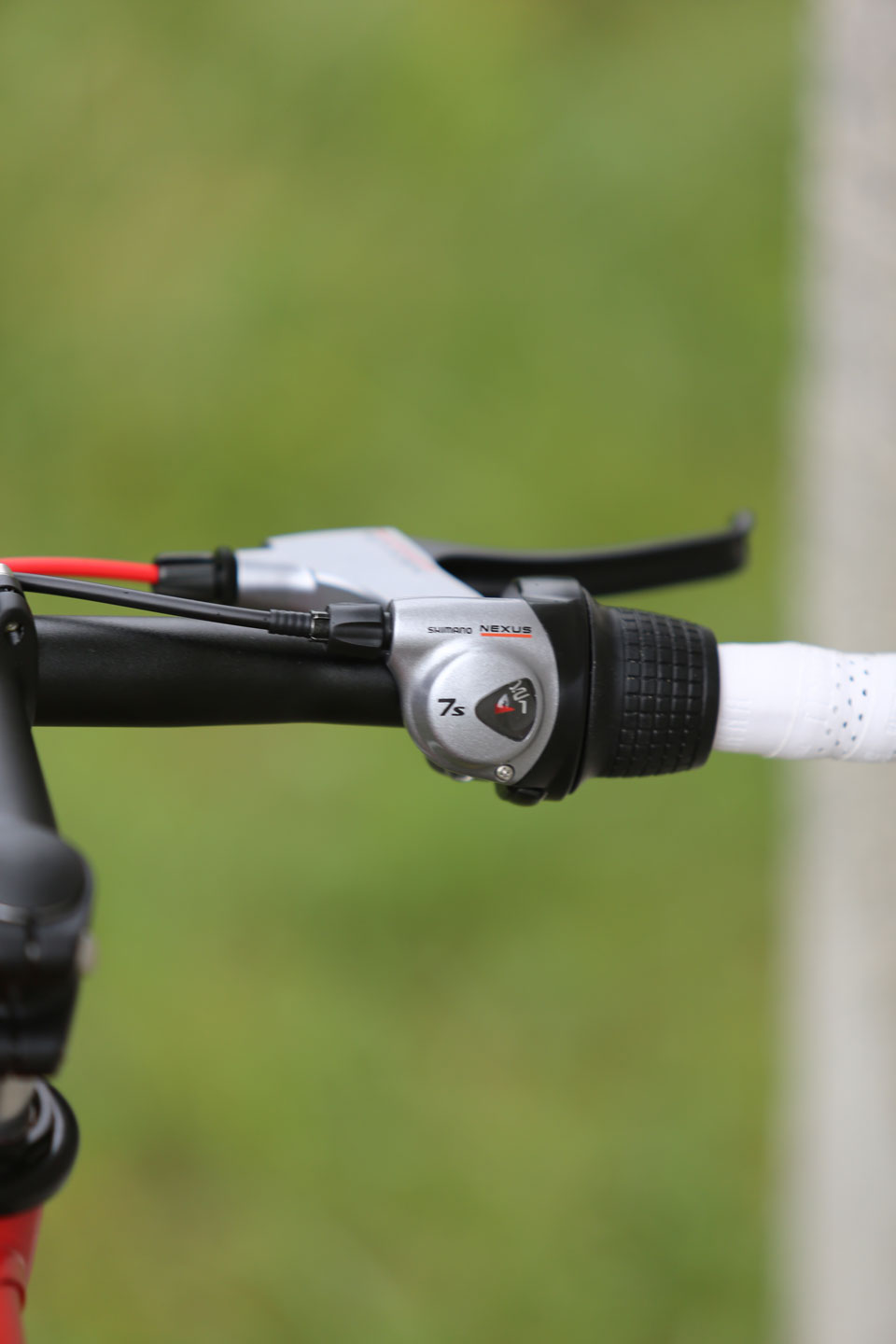 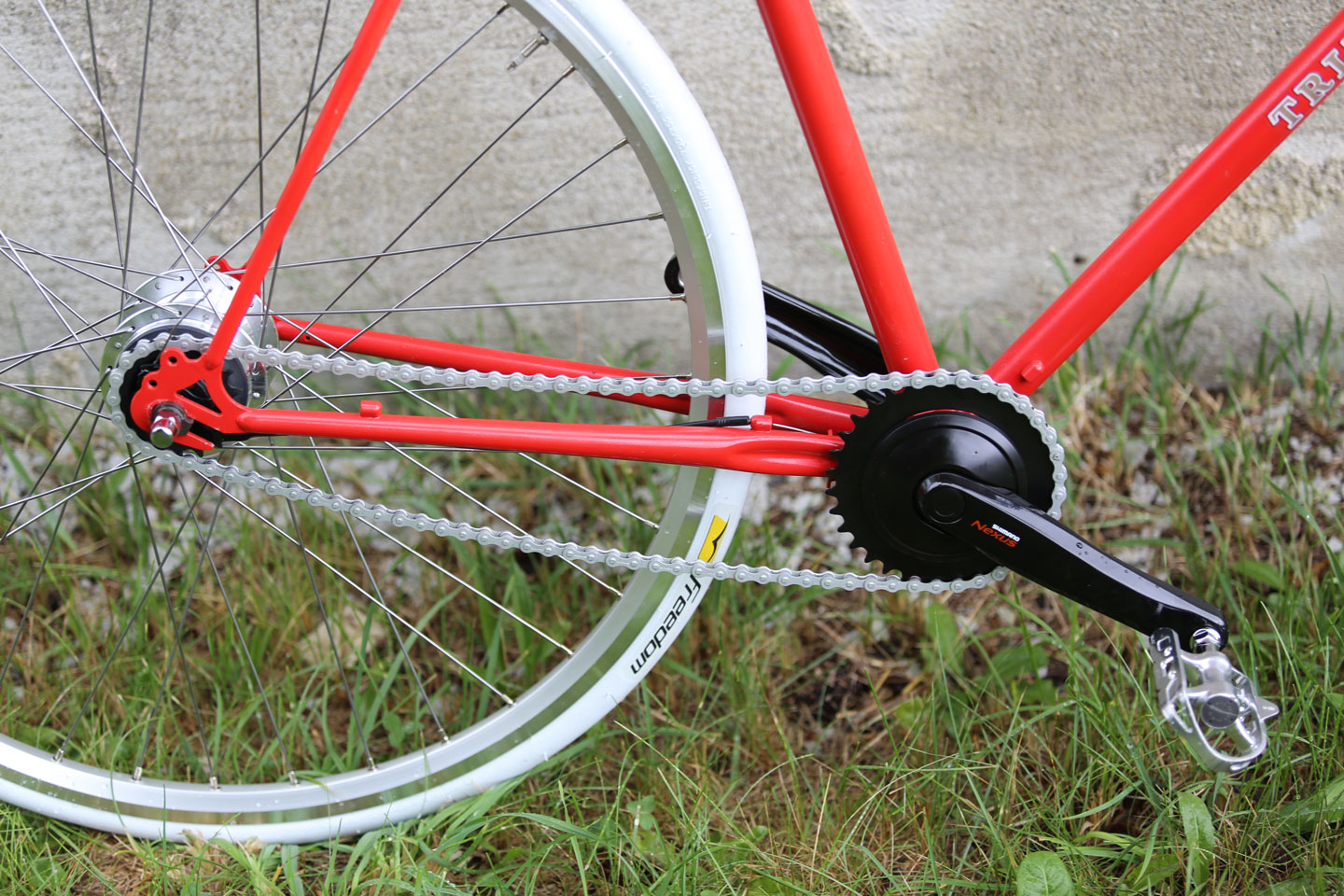