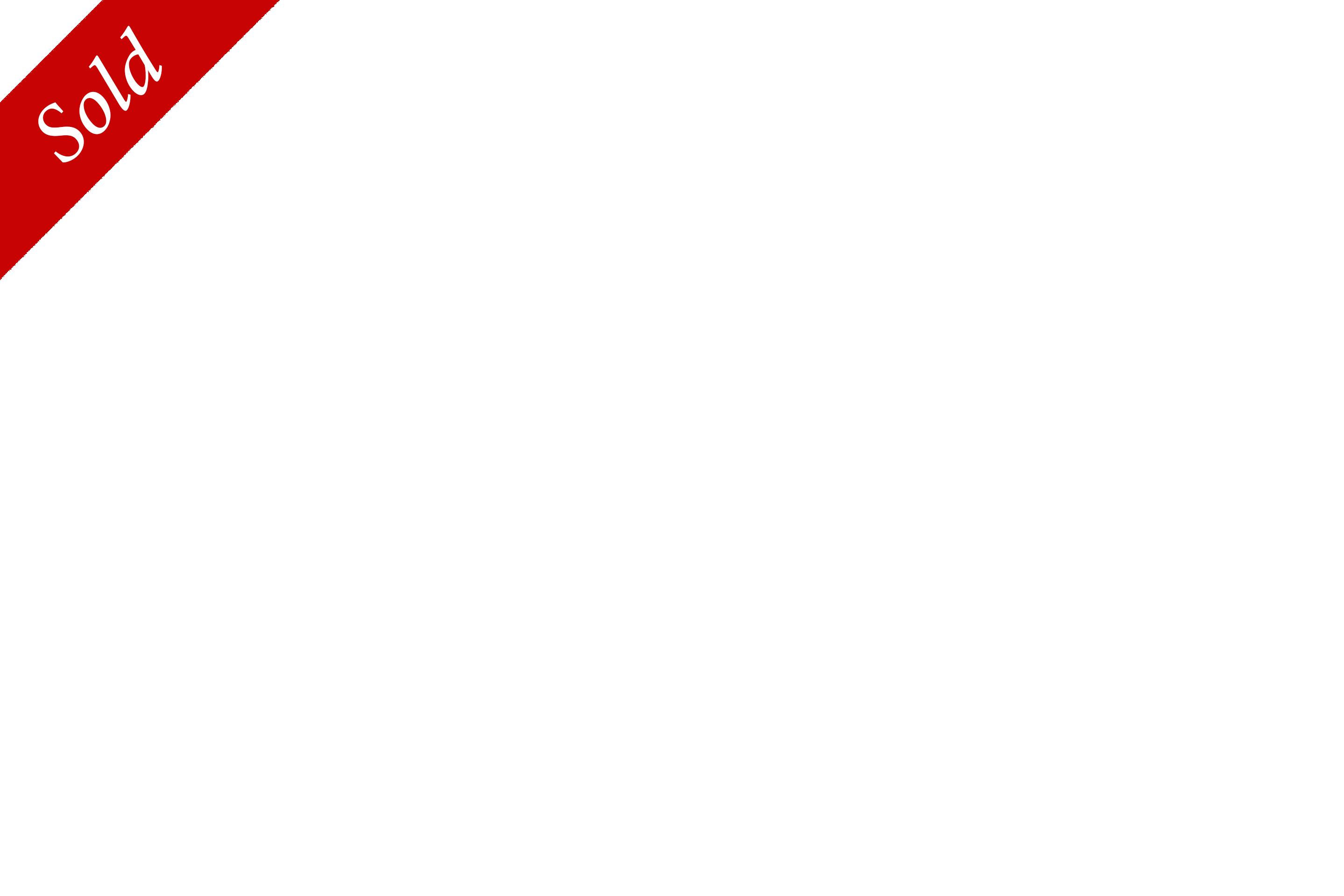 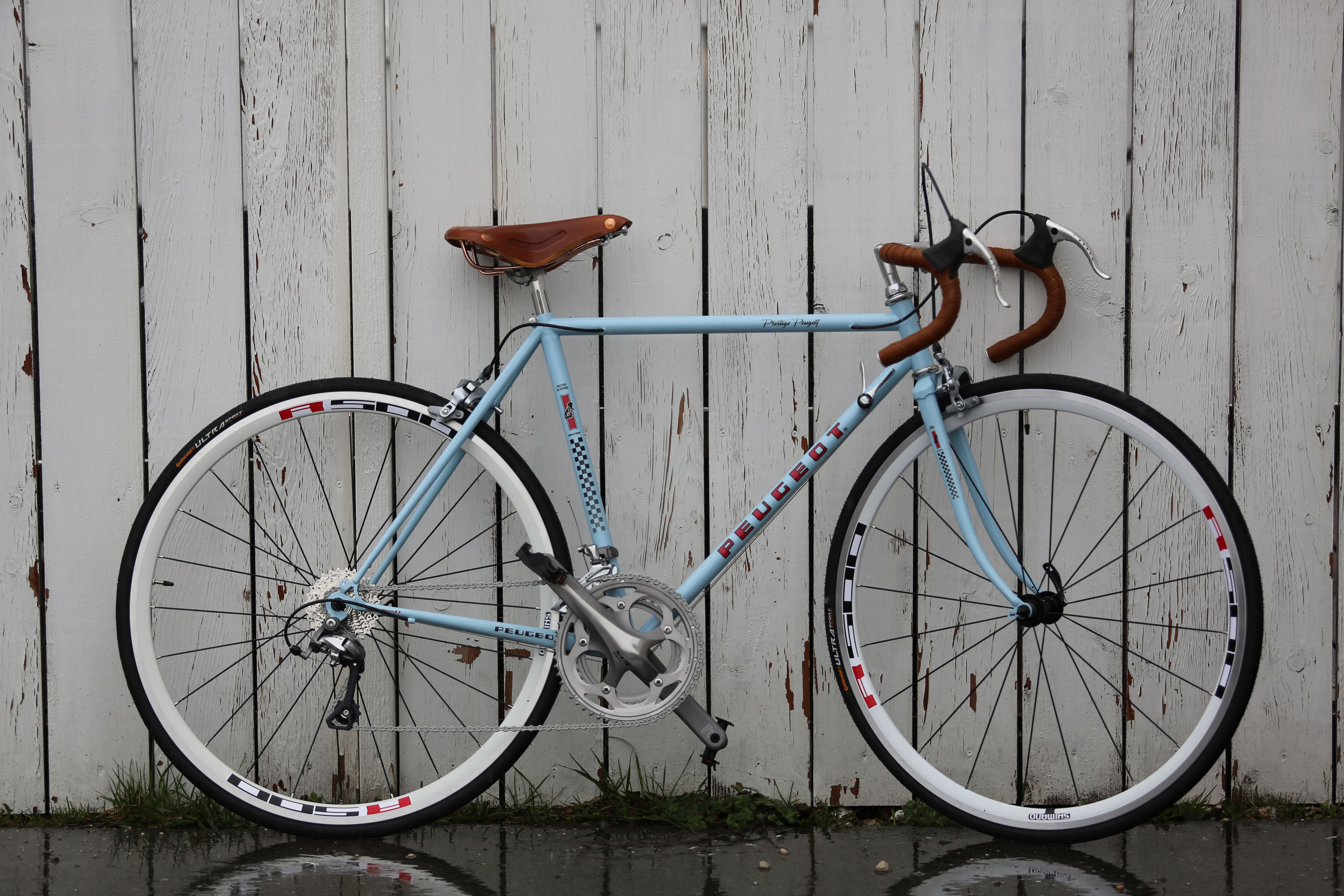 This original 1980's Peugeot was found at a village bike sale in nearby Les Rousses. Repainted blue with red decals and new components, this has been refurbished to have a tan Brooks saddle, leather grip tape and Shimano 105 components. 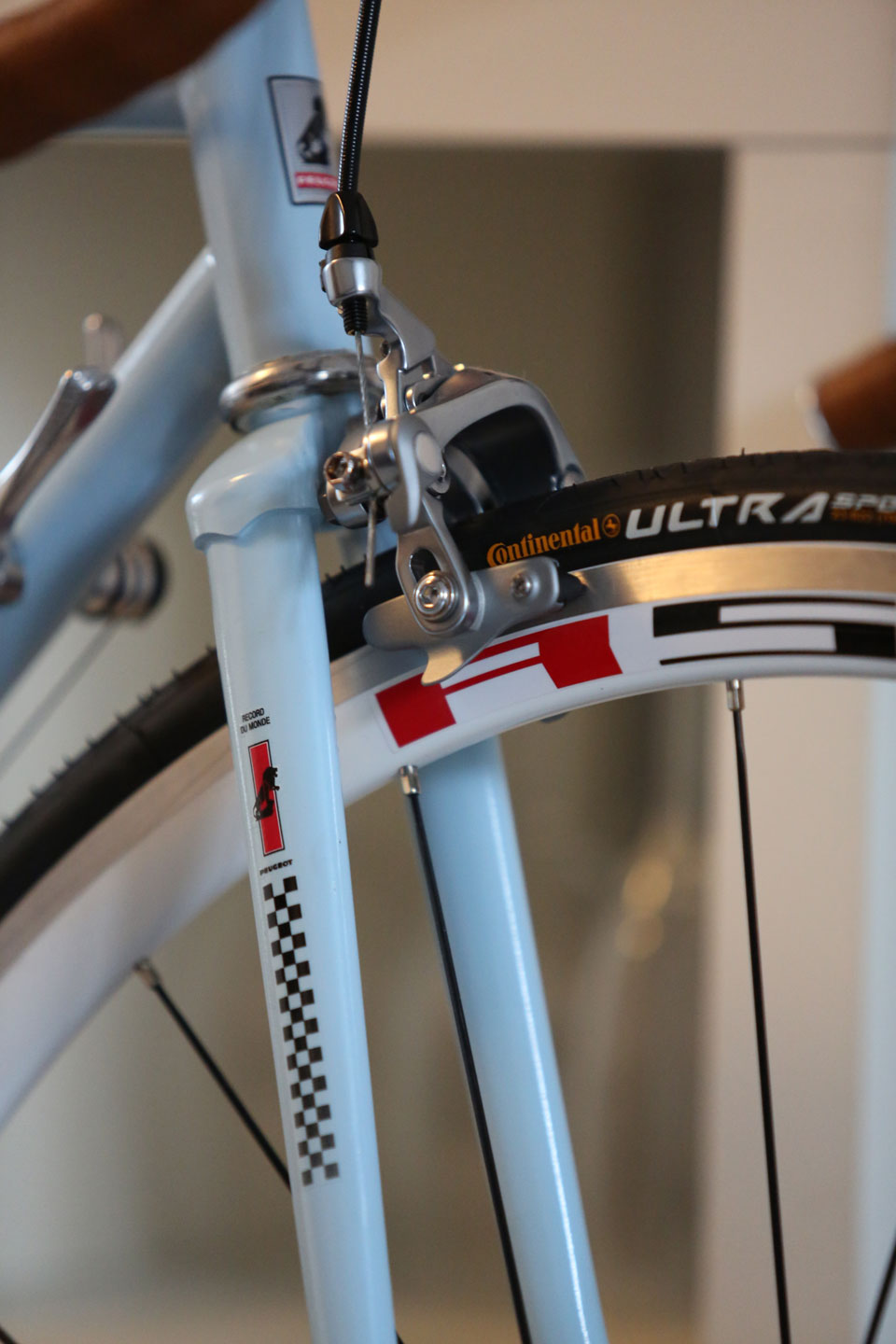 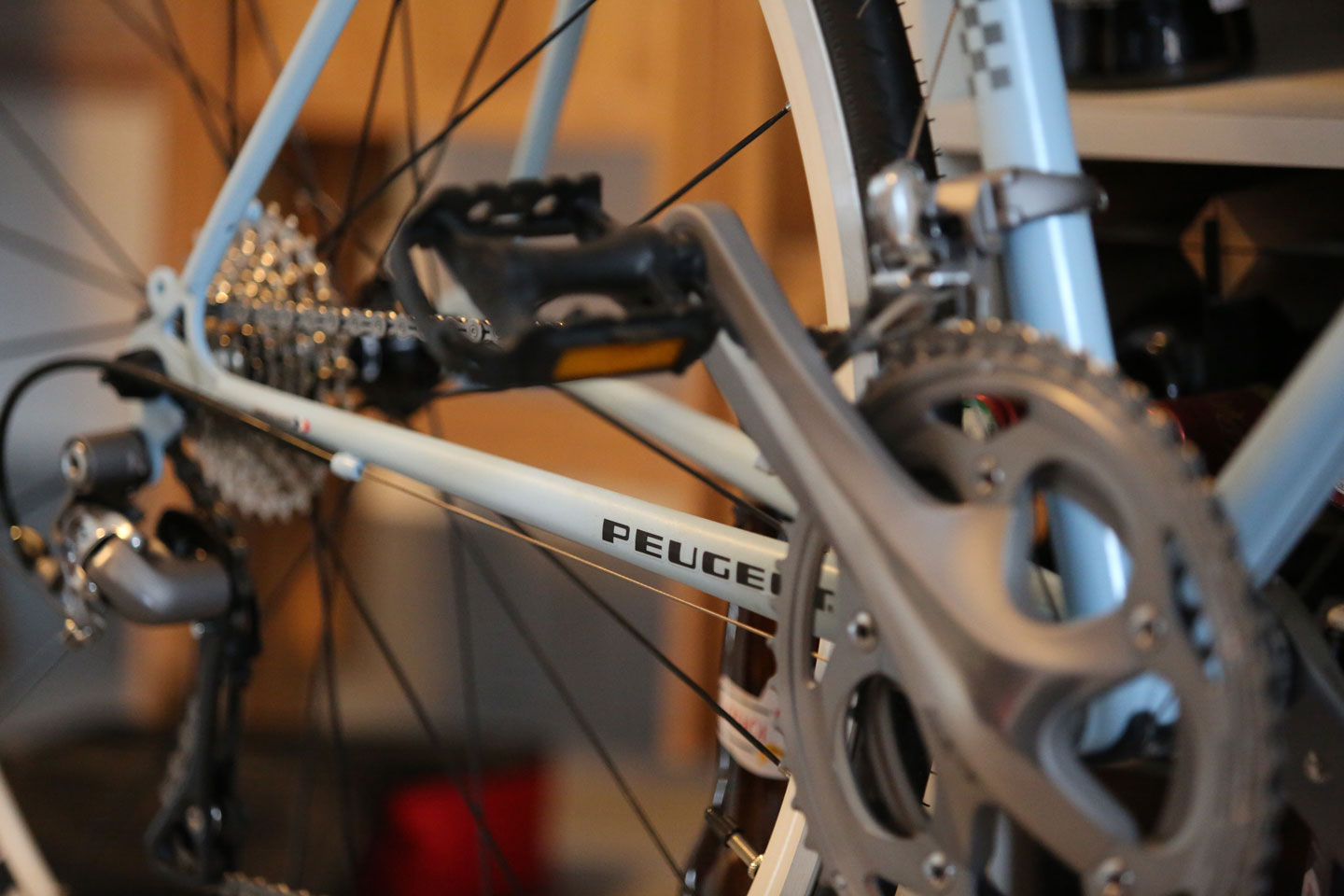 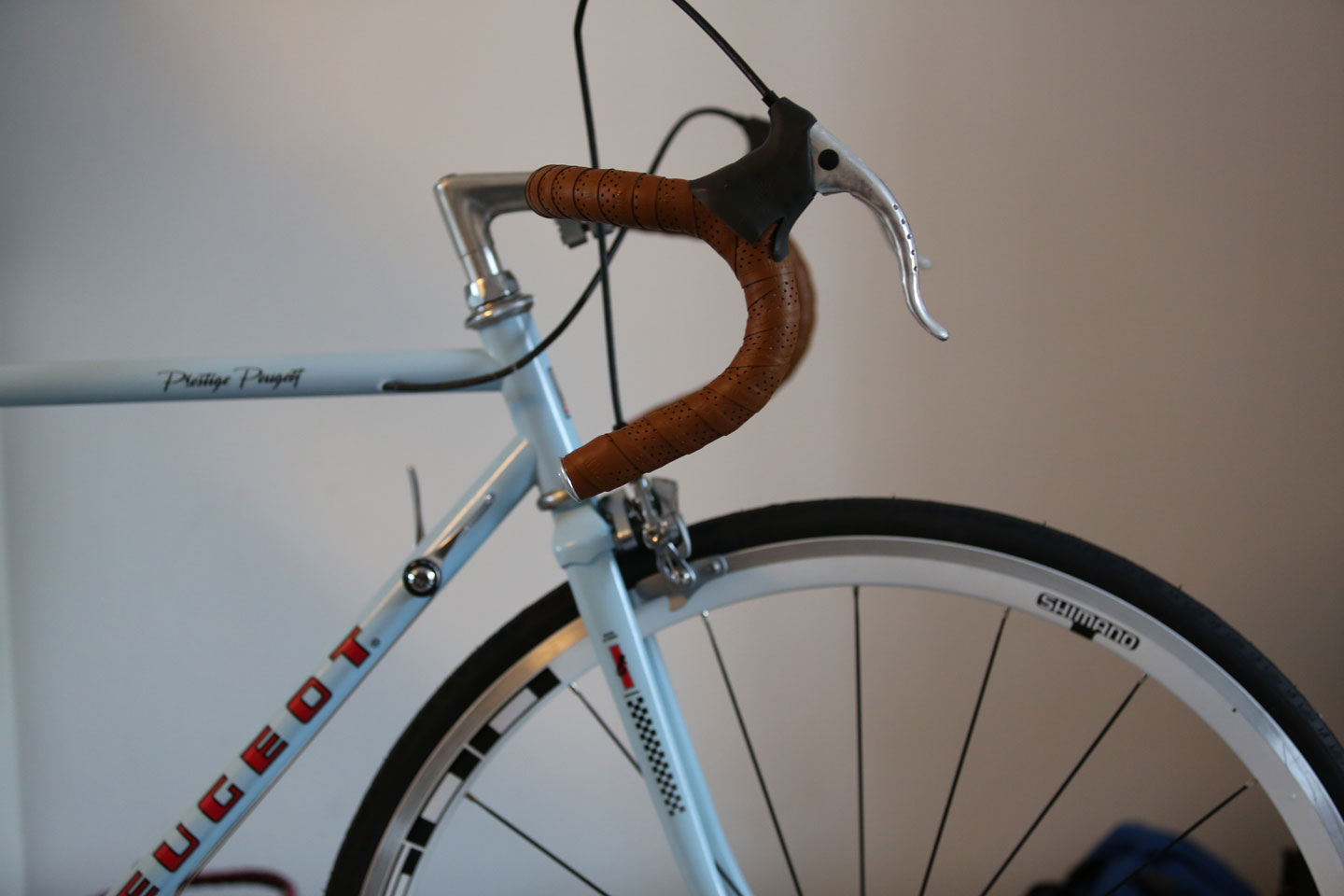 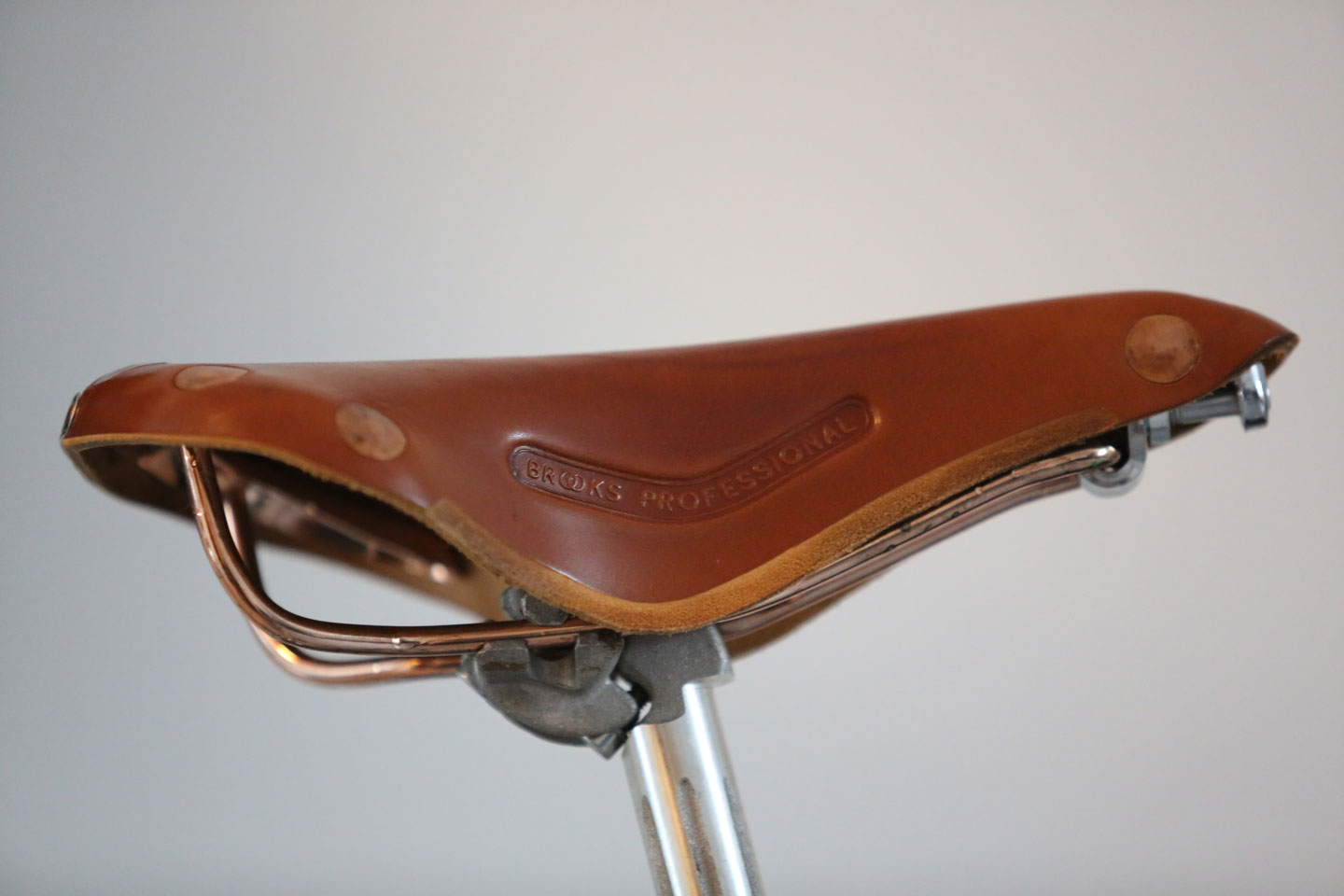 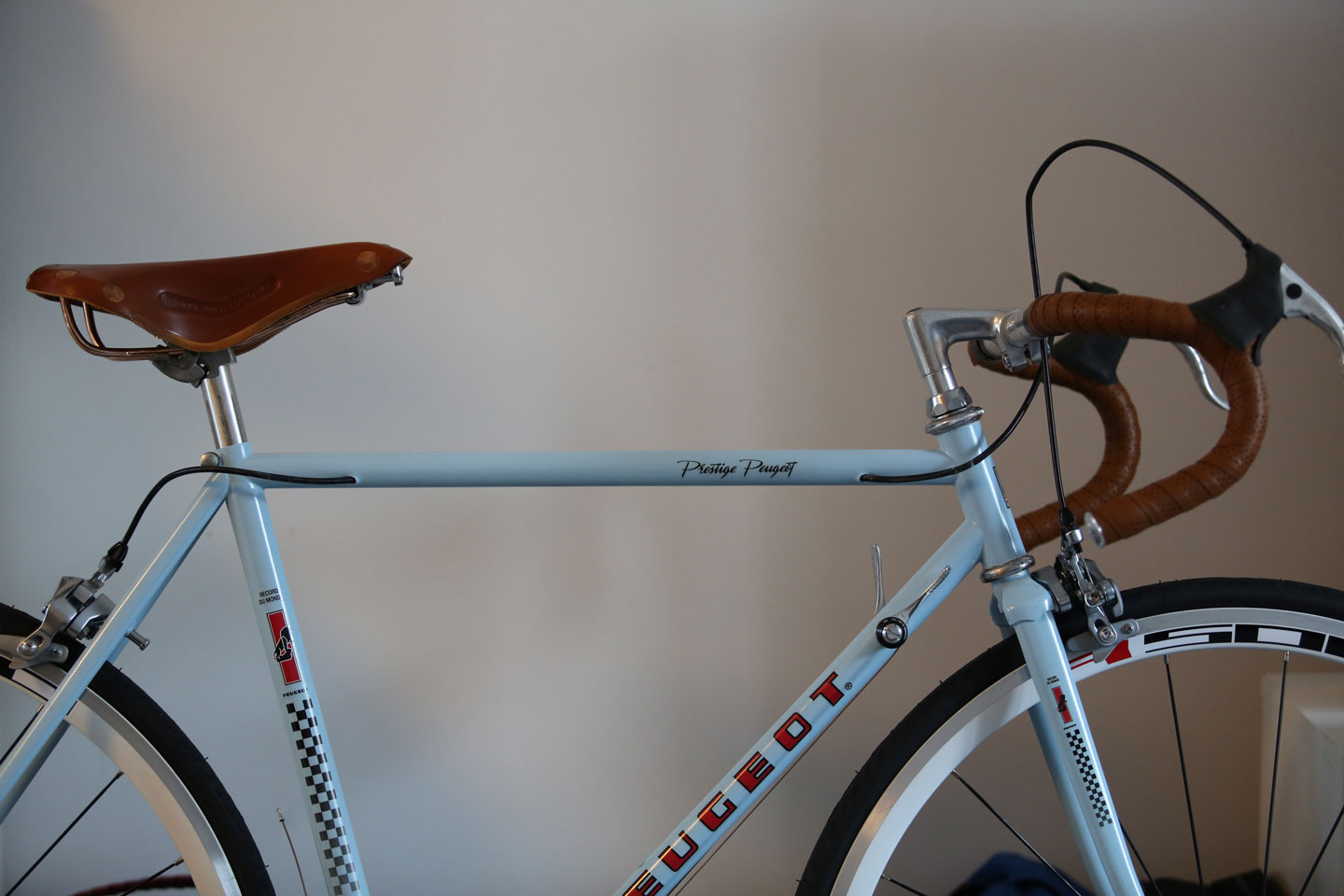 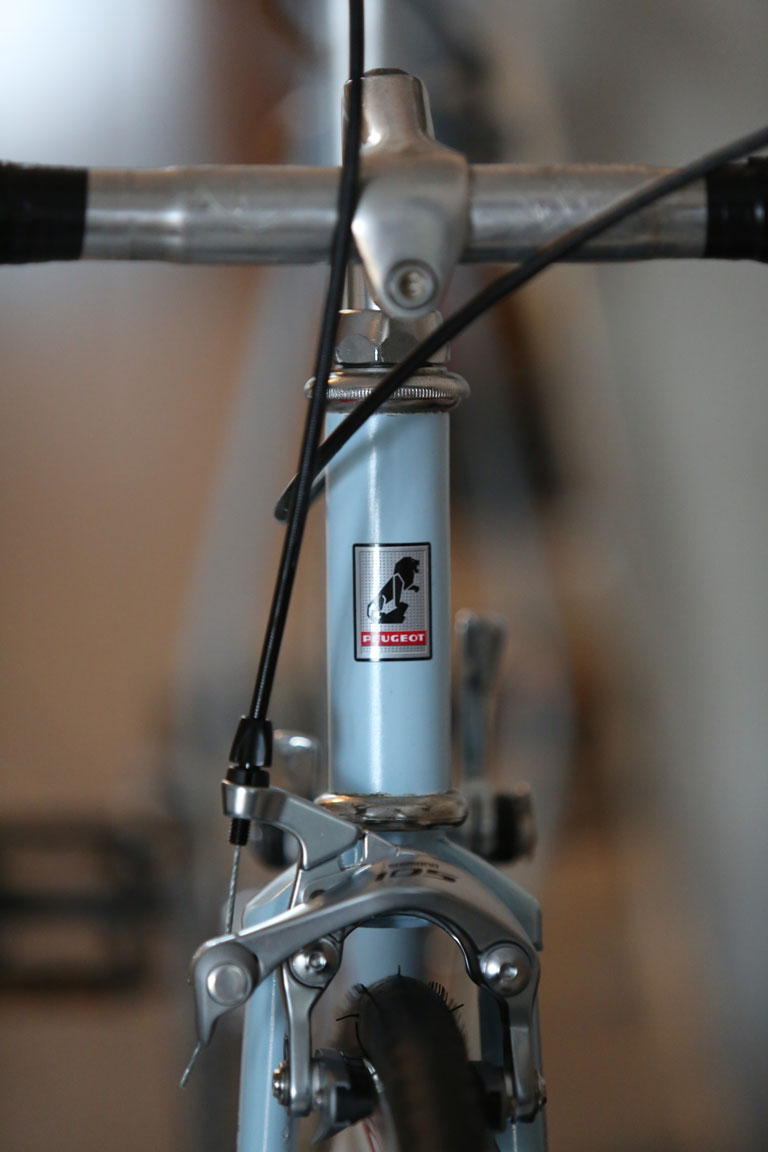